What makes a good man?: Get your house in order When events like International Men’s Day provoke discussion around masculinity and gender inequality, it is all too easy to focus on the extreme, public and overt expressions that break laws and contemporary norms. While such behaviours need changing, it is the ‘hidden’ everyday behaviours and ideas that need our attention and which will deliver the biggest impact in the fight for equality.

As we draw closer to International Men’s Day, it is all too easy to predict the headlines. Articles will chart the rise and/or fall of masculinity, comment sections will devolve into slanging matches between ‘snowflakes’ and ‘alphas’ and stats will be fired, like bullets, exploding to the tune of rising numbers in male suicide and death rates. In the grand tradition of masculine interaction everywhere, the conversation will resemble a fight.

While this sounds critical, it is not the debate itself that I think is problematic, but the particular targets that are set up on the firing range. To grab the attention of audiences, conversations will focus on extreme portrayals of masculinity that steer the discussion into black and white territories. Men will be placed into two camps with no middle ground; either as horrific misogynists that revel in violence and anger, or overly woke emotionalists who dissolve at the beginning of a John Lewis advert.

It is my belief that these portrayals are often the reason that conversations fail to find a successful foothold, or stir any impact beyond the initial presentation. Very few actual men resonate with, or could be found at either side of that spectrum. At best such portrayals cloud the conversation and at worst they derail it entirely, as men feel targeted and painted with behaviours that they do not see, embody or engage with everyday. When looking to move things forward, this type of discussion removes any hope of empathy and incites fear and panic. Two emotions that are not conducive to reflection and positive action.

This points to a flaw in the way that we discuss masculinity and inequality. The ideas we pick up on are typically overt. Sexism is boiled down to extreme acts of aggression, dominance and violence. The pay gap is shown as a sinister conscious plot by all men to devalue women. While I agree that shock and awe can be useful tactics in forcing change, change which is undeniably needed in these areas, in the wider fight for equality this tactic wins few allies, and incites alienation.

There is little appreciation or attention paid to the smaller actions and ideas that most of us engage in everyday, which build the foundation for these larger and more overt actions to take place upon. This is because, in the fast paced media circle in which we live, nuance is harder to identify and even harder to debate in under five minutes (hence the unfortunate need for the length of this article!). The covert expressions of masculinity, which are so damaging to our society and equality, are often hidden to us. They are part of the patriarchal fabric of our reality and so everyday that we are blind to them. When we are confronted with their shocking existence we baulk at the thought of changing ‘the way things have always been’. 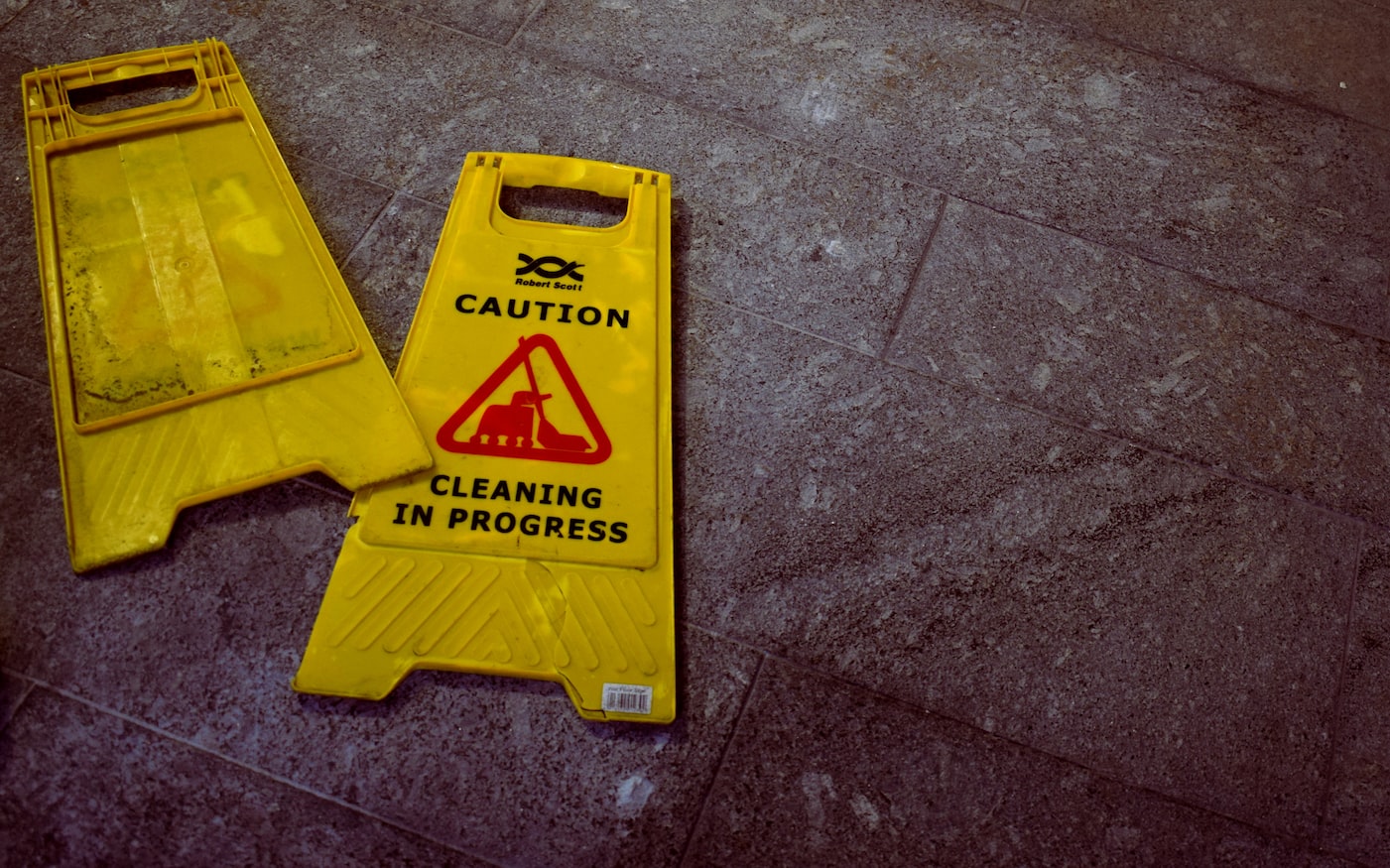 I can feel you urging for an example to pit yourself against, so let’s take a common point of contention in many heterosexual households. Tidying. In a ‘traditional’ society, women were the cleaners and the tidiers, and men the earners and mess makers. This is the simple premise of countless jokes, storylines and arguments. Historically, with men earning and working, women were left to look after the house; this was seen as a fair division of labour (a point to be dissected in another piece).

However, as women entered the workplace and took on duties that were formerly the realm of men, this balance did not shift. Arlie Hochschild, in 1989, used the phrase ‘second shift’ to describe the added workload that women face upon entering the home after their job, where chores, child care and administrative tasks are often left to them to complete. We might hope that in the intervening 30 years this imbalance has been addressed.

The Netflix sensation tidying with Marie Kondo suggests otherwise. Each episode, focused around tidying and restructuring the house in order to boost joy and happiness, highlighted that the act of tidying still generates significant friction. Many of the women in the show felt burnt out, stressed and hopeless. Chores were still left to them. When they were given to male partners, the task was completed to a different standard or forgotten. Only after walking men through all the steps that their female partners went through when tidying or managing children was there a moment of realisation about the effort that was involved. Importantly at these points, or in defence of their earlier reticence to tidy, the male response was, “I would have done this if you’d told me!”. This has sparked the phrase the ‘third shift’, where women not only take on the act of tidying, child care and administration but are also the ones responsible for being cognitively aware of such demands. In these examples, men were willing to help but only if they had been directed to do so.

For those who dispute the existence of a patriarchy, where men are advantaged by the norms and beliefs that structure our society, this should be a moment to pay attention. In many households, where a ‘traditional’ division of work and home labour exist, men will have grown up witnessing mothers (or female figures in the aforementioned stories and jokes) cleaning, tidying and managing the household. Day in and day out, their lives will have been shaped and cleaned by the hands of women who have taken on these duties and asked, chivved and ‘nagged’ until tasks had been completed. Over time this means that these tasks become activities that are only noticeable once someone else (typically female) highlights them.

Now I’m not saying that men will ignore them outright. I’m not falling prey to the same overt extremism I criticised earlier. Everyone has a threshold of cleanliness, and only the most dedicated slob (male or female) will live in a pigsty. What I am saying is that because of the early interactions around homemaking that many men experience, the cognitive threshold is much lower.

I know this because I’m drawing on personal experience. Typically I can enter my home, aware that there is clutter or admin to be completed, and still switch off and begin to unwind. My partner, in order to begin to achieve the same levels of zen, can only do so once the house is in a tidy state. Before anyone comments, “Well she should learn to calm down in that mess!”, we need to look at it in terms of equality and labour. I contributed to the mess, as did she. Whilst I can ignore it, she can’t and will inevitably begin to tidy up. Is it fair for me to let her do so?

When asked to explain why she can’t ignore these tasks, no rational explanation comes to her mind. Instead it is a feeling of unease and unrest that prevents her from switching off until that mental list has been completed. Something which she credits to her traditional upbringing (male breadwinner and female homemaker) and the behaviours she observed consciously and subconsciously as a child.

For those men wondering why I would bother doing anything I don’t want to, or why this is my problem, then you should evaluate the value of your relationships and the importance you place on the happiness of others. An evaluation that should form a key part of our exploration of modern masculinity anyway.

For others wondering what the division should be, this is why better discussion is needed. Some women may not even be aware of the second, or third shift, or even have the time required to stop and think about what they are doing. They simply know, and feel on a gut level, that if they do these tasks then they can relax. The role models that we witness growing up, and the behaviours that they engage in, can so profoundly affect our own ideas and actions that we can reproduce inequality without thinking. To truly solve this specific issue, each relationship would (and should) explore what an equal division of ALL labour (cognitive, physical, financial etc.) means to them, and not let the outcome be defined by gender or identity.

This is very everyday and very ordinary. It is a tension that can be found in many heterosexual relationships. It is also not sexy or sensational, but it is just one of literally countless examples of how society stacks the odds in favour of men. Norms and interactions around acts like tidying and cognitive labour are a core part of the sexist foundation that leads to men not valuing women’s time, thought or effort. Which can in turn, in the extreme, lead to those behaviours I noted at the start of this article.

To reshape masculinity and tackle inequality we need to discuss the mundane and be prepared to reshape things from the ground up; with men especially likely to have to put more effort in. For many men this might seem like the worst thing to do, as they have it ‘pretty sweet’ as is. However if we do not focus on shifting the division of labour, then we will likely keep reproducing a social structure where women are put upon emotionally and physically. This translates into a capacity to progress in other areas of life (energy and time is finite after all). In the work I do, many men only realise the problems inherent in this system once they have daughters and begin to (in an ironically masculine way) feel the need to protect them and enable them to have the best opportunities available. The battle for equality and a better future starts at home, as much as it does in the office or public arena.

Men, be better role models and tackle gender inequality by getting your house in order...without being asked to.

Keep an eye out for more articles in this series (What makes a good man?) which will explore topics like the ‘ideal’ male role model, the male ally and others. If you have comments or feedback (positive and negative!) please share them, the discussion is never over and I’d be happy to discuss further!